Quote
No one knows what the future holds for each of us, but I am so thankful from the bottom of my heart that life, research and science gave my son the chance to be healthy again today

Cancer comes and goes as it pleases. It affects so many people, but you never expect it to reach you, much less one of your children. But in my case, that is exactly what happened. In Spring 2016, my family’s life was turned upside down. My youngest son, Guillaume, then 21 years old and in perfect health since the day he was born, was diagnosed with blood cancer.

He was tired, pale, lacking appetite and losing weight. We chalked it all up to end-of-term stress, until there it was—a lump underneath his collar bone. After some more sensitive medical examinations, we heard the diagnosis we had been dreading: Hodgkin lymphoma, stage 3 (B – advanced). There was no time to lose. We had to begin treatment immediately.

I was heartbroken and defeated. It felt so unfair and cruel and I resented this disease for attacking my son so coldly. He didn’t deserve this. As his heart pumped ailing blood through his veins, my veins felt fit to burst. Knowing that my son’s life was in danger, I suddenly knew that this would be my greatest challenge as a Mom.

But Guillaume’s strength and courage helped me get through that trying time. My son fought like a champion for over eight months. Multiple rounds of chemotherapy, regular follow-ups, blood tests, scans and so much more took up all his time. The experience left him exhausted and he had to put his life as a student on hold. In spite of it all, he stayed positive and strong. He kept fighting with the amazing encouragement of his girlfriend, family and many friends.

We are all incredibly happy to say that today, Guillaume has been in remission for four years. Life has since gotten back on track. Just a few days after his last treatment, despite his continued fatigue, my son went back to school and got his degree in mechanical engineering. He left the nest last summer and now has a job in his field, where he puts his enthusiasm and passion to work. He and Virginie are the proud owners of a lovely home and have many plans for the future. We are so proud of Guillaume and all that he’s accomplished despite the adversity he’s gone through.

One year from now, Guillaume will be considered officially cured. No one knows what the future holds for each of us, but I am so thankful from the bottom of my heart that life, research and science gave my son the chance to be healthy again today. No matter what happens, I know that every day is a gift from life, and we have to live each one to the fullest.

So thank you, life! 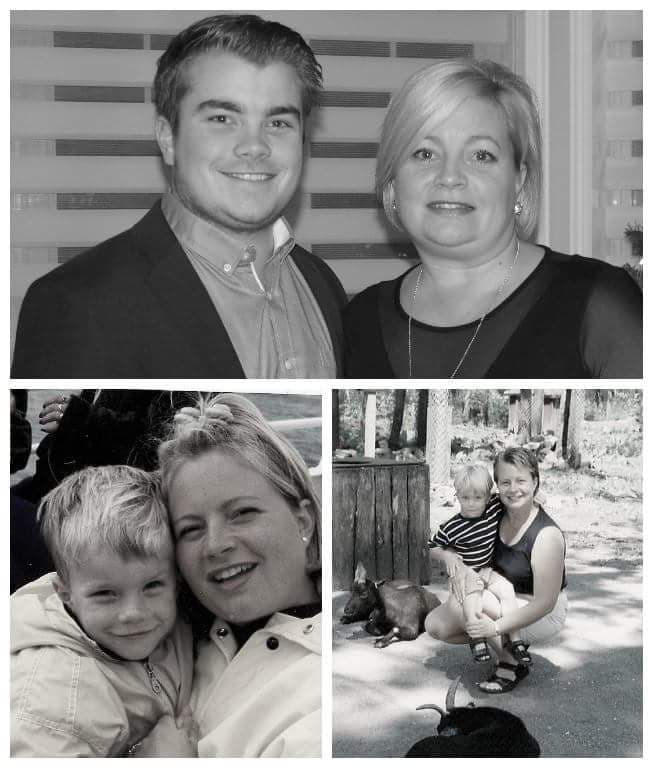 Quote
No one knows what the future holds for each of us, but I am so thankful from the bottom of my heart that life, research and science gave my son the chance to be healthy again today
Here to help, contact us